Never found anything to complain about in Peppa Pig? Then you clearly just weren't watching closely enough...

The Teletubbies made a long-awaited return to our screens earlier this week, touchscreen tummies and all. But not everyone will have been pleased by the return to Teletubby land. Back in 2007 the spokesperson for children’s rights in Poland ordered psychologists to investigate whether or not Tinky Winky promoted a homosexual lifestyle and should be broadcast on public television.

Ewa Sowinska, who was appointed by the conservative Polish government, was quoted as saying: “I noticed he was carrying a woman’’s handbag. At first I didn’t realise he was a boy.”

Thankfully the ‘tubbies survived the psychologists’ investigation, but upon the return of the foursome who brought us tubby toast, tubby custard, and Noo-Noo the hoover, here are seven more seemingly innocent TV shows to have caused controversy…

An episode of the animated show caused havoc in Japan in 1997 after claims it was making viewers unwell. In an episode called “Computer Soldier Porygon” flashing blue and red lights were shown on the screen. After the episode was broadcast people began complaining of blurred vision, dizziness, and nausea, and some even claimed to have lost consciousness. In the end, over 600 people were taken to hospital and the episode was quickly banned.

2. The Simpsons are Putin trouble

Everyone’s favourite cartoon family fell foul of the Russian authorities back in 2008 when The Simpsons was banned by the Kremlin, along with South Park and Family Guy. Many suspect that Springfield’s finest were a victim of the Russian government’s attempts to promote patriotic TV programmes. Instead of The Simpsons, Russia’s youth would be exposed to programmes that reflect “the state position in the area of youth policy”. Lucky them!

Despite its seemingly innocent nature, Peppa Pig was pulled up by Australian broadcaster ABC after an episode showed Peppa being taught that “spiders are very small and they can’t hurt you.” A valid message in Britain, Aussie authorities were concerned that this would lead to children approaching some of the most venomous creatures on the planet, including the Australian Tarantula and the Funnel-web spider.

Even without deadly spiders, some parents still found plenty to complain about in the pink pig’s adventures, claiming it encouraged bad behaviour in their children. One father complained about his four-year-old son starting to splash in muddy puddles on the way to school, while others reported their children shouting that they wanted “chocolate cake” for breakfast.

4. Doctor Who is history in China 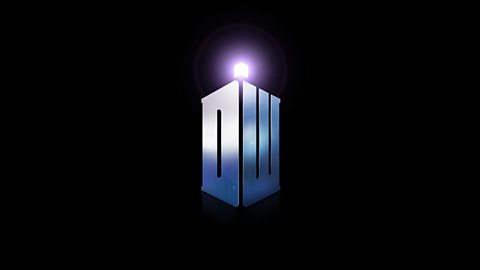 TV and film programmes featuring time travel are essentially banned in China due to government policy that prohibits the promotion of anything being seen to “re-write history.” Fortunately for the Chinese authorities the ban came into force before series six of Doctor Who, which featured Daleks working for Winston Churchill and Queen Victoria fighting a werewolf.

This wasn’t the only time the Doctor caused controversy, however. The BBC was accused of homophobia after it cut a kiss between its first two openly-lesbian characters to avoid offending its Asian audience. The kiss – technically an “oxygen transfer” between Madame Vastra and her wife Jenny – was removed when the episode was shown in Asia for fear that it would fall foul of broadcasting laws that prohibit content that could “justify” homosexual lifestyles.

5. Mum’s the word at Blue Peter

Perhaps the most infamous of British TV controversies, this institution caused chaos when in 1987 presenter Janet Ellis announced on the show that she was pregnant. According to one worker on the show, when Ellis made the announcement producer Biddy Baxter exploded in the gallery. “She began smashing monitors and gnashing her teeth,” Baxter’s colleague wrote in an unauthorised book about the programme. Ellis’ announcement shocked British sensibilities because she had recently separated from her husband, and was pregnant by another man.

SpongeBob Squarepants became the latest in a long list of figures to fall foul of the American Right after apparently weighing in on a number of controversial issues, including climate change and labour rights. After a special episode called “Endless Summer” showed SpongeBob and Mister Krabs deliberately raising regional temperatures by pumping carbon dioxide into the atmosphere to create demand for their swimming pool, Fox TV presenter Gretchen Carlson complained that “SpongeBob is talking a lot about global warming, and he’s only looking at it from one point of view.”

Similar accusations of political partisanship were levelled at the Bikini Bottom resident after an episode called “You’re Fired, SpongeBob” received several complaints for presenting a skewed view of the US labour market. After Mister Krabs laid him off, SpongeBob was shown telling Patrick that “unemployment may be fun for you, but I need to get a job.” The Hollywood Reporter noted that “The episode subtly introduces a couple of hot-button issues, including the worth of social services, labor laws that caused SpongeBob’s boss, Mr. Krabs, to fire his best employee, and more,” while Fox News dedicated a whole news segment to the episode.

Fortunately for SpongeBob fans everywhere, Nickelodeon’s president of content, development, and production announced that “as always, despite this momentary setback, SpongeBob’s eternal optimism prevails, which is always a great message for everyone.” Although some of the names of Captain Pugwash’s nautical companions had ever-so-slightly edgy undertones (think Pirate Willy), the long-running urban myth about some far more offensive names in the series was just that: a myth. There was never a Master Bates, for example, while Roger the Cabin Boy never existed. And as for Seaman Staines: nope, not a true character. This was confirmed in 1991 after Pugwash creator John Ryan won libel damages from two newspapers for claiming the BBC had pulled the show because of the names.

All about Doctor Who

Brighton hotel offer - save up to 60%

Rooms from £65 per night. A refined stay in the centre of Brighton at a recently refurbished hotel - with breakfast, plus dinner and sea view options. Sale ends Monday